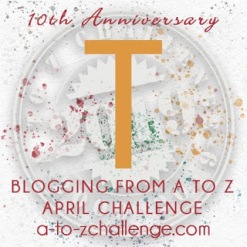 As a child, I always looked forward to train journeys. I would be more excited about the journey than the destination! So, I decided to pen down a few things I miss from my childhood rail travels.

The Thrill of Boarding the Train

I always felt an adrenaline rush while boarding the train because I didn’t want to miss it. Even if it was going to halt for an ample amount of time, I would hurry in as if it would leave right away. Reaching our seats with every family member and the entire luggage felt like a victory back then!

The Monkey Act on the Seats

If you haven’t done this as a child, you’ve not really enjoyed your train journeys! Climbing from one birth to another was an unexplainable kind of joy!

Also, the middle birth that miraculously appeared at night was an unresolved mystery for me for long!

Back then, when we traveled in sleeper coaches, the windows didn’t have glasses or grills. Staring out the window and being awed by the trees running in the opposite direction was a favorite pass time. Also, spotting a few deer and peacock wasn’t less than an achievement!

The Food Bag for Train

I used to start preparing a bag of goodies a day or two ahead of the journey. These could only be eaten inside the train and included packets of chips, biscuits, cold drinks, and chocolates! The moment the train started, the treasure of snacks had to come open without any further delay. (PS: I still continue to carry my bag of goodies)

Also, the delicious homemade aloo ki sabzi, pacchkuta, and pudi with some bhujia were religiously looked forward to during the train journeys.

The Train Vendors and Station Food

No matter how many packets of chips or biscuits I carried, I still made a puppy face to convince my parents when the bhel wala, or the samosa wala came shouting in their melodious voices! I particularly remember every time we traveled from Ahmedabad to our home town Jodhpur, the train used to halt at a station named Abu Road somewhere around midnight, and my dad used to get down to get Rabdi(an Indian dessert) for us! Each bite was cherished back then, and those memories are a treasure now.

Another thing we did religiously was play cards at least once during each journey and we still do! Reading comic books like Champak, Pinki, Lotpot, Diamond Comics and many more was one of the best parts. Today’s kids with tabs and mobile phones will never understand the restlessness before buying a new comic book and finishing it within hours!

Reaching the destination within two hours by flight isn’t as much fun as enjoying and spending time with family during an eight-hour journey by rail. I still prefer traveling by train, especially when I’m not traveling alone.

9 thoughts on “Train Journeys from the Past”