As we’re aware that the mind can have a very powerful influence on the body. So, can it help in healing our body, even when we’re taking a fake medication? Absolutely! The mind can sometimes trick us into believing that a fake treatment has real therapeutic results! This phenomenon is known as the Placebo Effect. In some cases, these placebos have proved to mimic the effects of real medical treatments.

This effect was first discovered by Henry Beecher while working as a medic in World War II. As he had run out of pain-killing morphine, he replaced it with a simple saline solution but continued telling the wounded soldiers it was morphine to calm them down. Surprisingly, 40% of the soldiers who were injected with saline solution reported that their pain has reduced or healed completely! 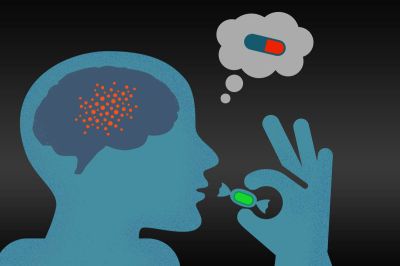 A placebo can be any tablet, capsule or other dose form that does not contain an active drug ingredient. For example, placebo pills or liquids may contain starch, sugar, or saline. However, placebos won’t lower someones cholesterol or shrink a tumor. Instead, placebos work on symptoms modulated by the brain, like the perception of pain, or anxiety, depression, stress related insomnia i.e. they may make you feel better, but they will not cure the illness. The fact that the placebo effect is tied to expectations doesn’t make it imaginary or fake.

However, researchers haven’t yet completely understood how placebos work as it involves a complex neurobiological reaction that range from increases in feel-good neurotransmitters(like endorphins and dopamine) to greater activity in certain brain regions linked to moods, emotional reactions, and self-awareness.

Maybe I’ll try replacing my husband’s medication with a placebo, next time he gets sick! (Just kidding, please don’t actually try that without proper medical assistance)

2 thoughts on “Placebo Effect – Where the Mind tricks the Body”