Isn’t that annoying, when you’re already annoyed with hiccups that seem unending, and then someone tells you that? Well, that annoys me for sure! But, what could be more irritating than that? NOT BEING ABLE TO STOP THOSE HICCUPS FOR 68 YEARS! No, I’m not kidding.

A man named Charles Osborne hiccuped for 68 years straight, the longest bout of hiccups recorded by the Guinness Book of World Records! His hiccups first started in 1922, while he was weighing a hog for slaughter. He fell down while he was picking up the 350 pound hog for butchering. Although he felt nothing at the time, he later was informed by the doctor that he had busted a blood vessel in his brain that was a size of a pin. As a result, he had damaged a small part of his brain that inhibits the hiccup response.

He had tried everything from drinking a glass of water while biting a pencil, choking down a spoonful of sugar, breathing into a paper bag, but his diaphragm contractions persisted at a constant rate. He sought out all possible medical advice, but nothing worked. He finally accepted his hiccups as a way of life and lived with it for 68 years.

Initially, Osborne’s hiccups occurred at a rate of approximately 40 times per minute on average. This gradually slowed to about 20 hiccups per minute. Realizing that he had no way out of this, he learned to silence the noise of his hiccups by integrating breathing techniques into his daily routine. The hiccups subsided while he was asleep, but they immediately resumed when he opened his eyes each morning. Solid foods had started to become impossible to consume for Osborne and soon he started to blend his meals into a liquid form to prevent choking.

His misery mysteriously came to an end about one year before his death in 1991. It is estimated that he hiccuped over 430 million times in his lifetime! In spite of this, Osborne claimed to have lived a pretty normal life and continued working around hogs (as hog auctioneer and farm machinery salesman). He even married twice and fathered eight children. 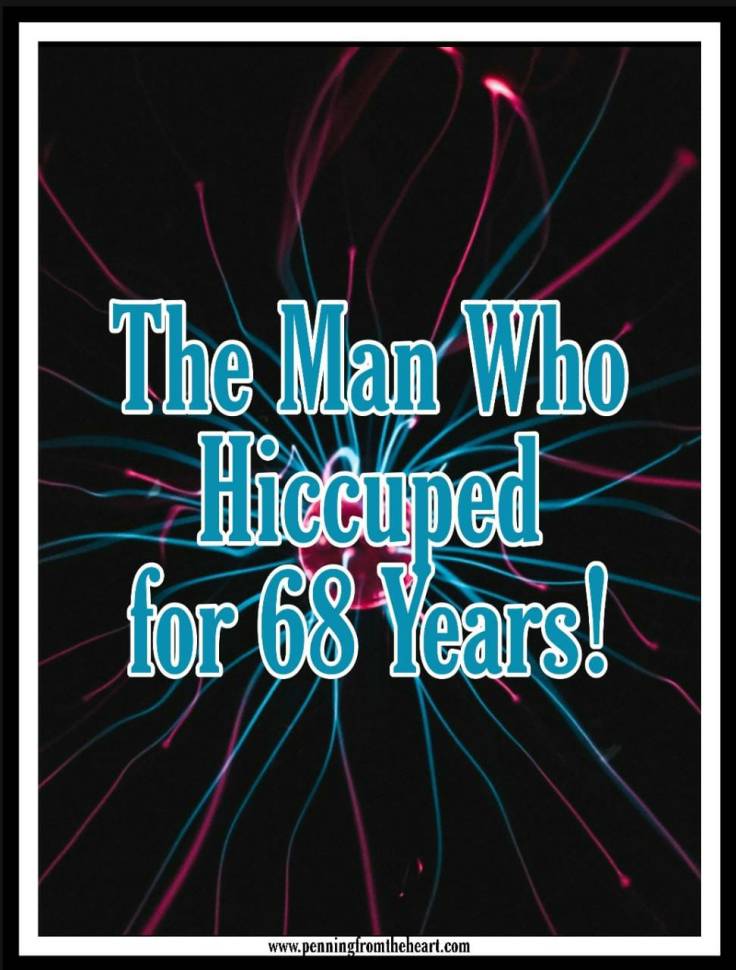 Several other cases of chronic hiccups have come to light since then. Another man named Christopher Sands’s hiccup ordeal continued for around 3 years. His career suffered as he was a musician and a vocalist. His hiccups were so bad that he’d often pass out due to lack of oxygen. Later, doctors were able to find and cure the cause of his pain – a tumor in his brain stem.

I guess I’m never taking my hiccups lightly from now on.